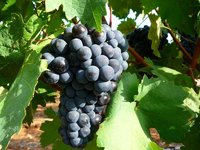 The Finca Son Sureda Ric is located in the east of the island of Mallorca, in the northern area of the region of Manacor. Both the farm and adjoining land delimit a privileged area where you can still enjoy a little human landscape gradient , which combine harmoniously farmlands , ranching and wild vegetation and fauna.

Our main activity is the production of a selectísimos red wines. We make our wines with organic grapes coming from the 3 acres of vineyard temos located within the estate . In addition , aging in barrels , bottling, labeling and sale of wine is also carried out on the property. So , the way we work and philosophy of the company are similar to those of the French Chateaux .

Opens a door to another time :
From the Middle Ages to today , time has brought great changes to the whole world except for Son Sureda Ric . Here everything remains the same, although only the worn stones of our walls are true witnesses. Son Sureda Ric has become a parenthesis of history that remains alive in the age of electronics.

Son Sureda lands belonged to the Farmhouse Ric Sa Sínia portion of King James I gave it to her knight Nuno Sanç , after the conquest of Mallorca ( 1231). This began a process of division of the farmstead . The first news of the Sureda as owners of the "possessió " dating from 1471 .

According to the historical record of the City of Manacor in 1856 the farm had an area of ​​4.5 hectares of vineyards . The grapes used for the production had a " cup" ( winery ) where fermenting must and "cellar " ( guard room ) for storing wine in wooden tanks . The winery and vineyards are especially quiet and against changes places. They retain the appearance of old and cherish the same environment when they were built in stone slabs and " mares " . Throughout the centuries , cellar and winery have maintained a unique temperature and humidity : its walls still contain yeast spores that get spontaneous fermentation in wine made therein.

Today 's wine Sureda are processing focuses on the production of red wines from the Callet , Tempranillo and Cabernet Sauvignon. The production is small (about 10,000 bottles a year) and that the activity of the winery is performed in the original rooms (XVIII century) , of limited size , which were not designed for industrial use .

In 2000 the process for certifying the farm as Agriculture Production Livestock and Ecological Home . Actually achieving certification meant no major changes since the management of land and livestock was being done in extensive and very few pesticides and chemical fertilizer use. The vineyard is located entirely within the property , covers an area of ​​3 hectares and works according to the EU rules on organic farming .